Congress brought together six executives from Coinbase, Circle, FTX, Bitfury, Paxos and Stellar to shed light on the potential threats and opportunities that crypto posses. While there were moments of criticism regarding the state of the crypto-space, the afternoon was largely polite.

For the most part, congress seemed open to the benefits of how blockchain technology can improve payment infrastructure. Republican sentiment worried that over-regulating the space this early in its development may stifle innovation, while democratic sentiment was harder to pinpoint; with many democrats expressing concern over scams, pump and dumps and elicit payments.

A stable coin is a crypto-currency that has its value tied to an underlying asset such as the US dollar. Naturally, there was bipartisan concern regarding crypto’s potential impact on the USD’s status as the world’s reserve currency.

Currently, there are no regulations in place that require stable coins to have reserves of their underlying asset. With over $150 billion in stable coin holdings, congress is seeking to both protect U.S. consumers from a potential unregulated Ponzi scheme collapse and preserve U.S. primacy.

It’s also important to note the CEO of Tether, a leading stable coin, was absent on Wednesday’s hearings.

Hamster Coin and Mongoose Go on a Tear

While Sherman was trying to highlight the volatile, often juvenile, nature of alt-coins, his lack of nuance and struggle to pronounce the names of many of the coins he mentioned seemed to resonate with prior congressional comments on the crypto space. 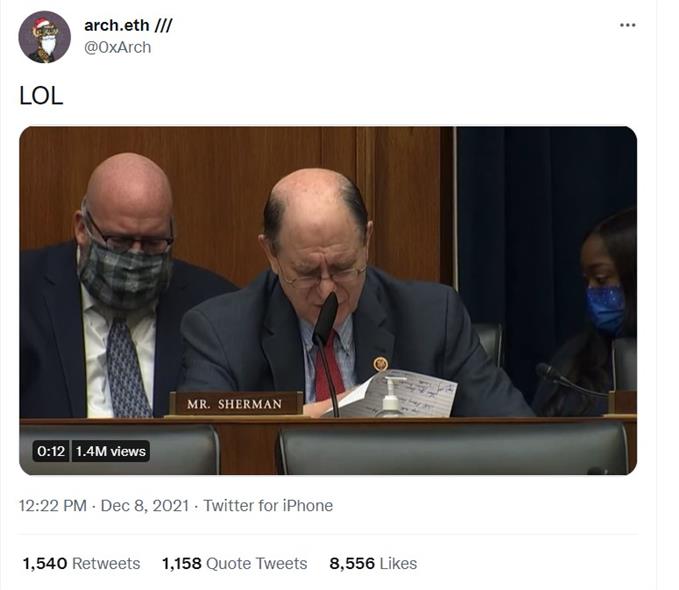 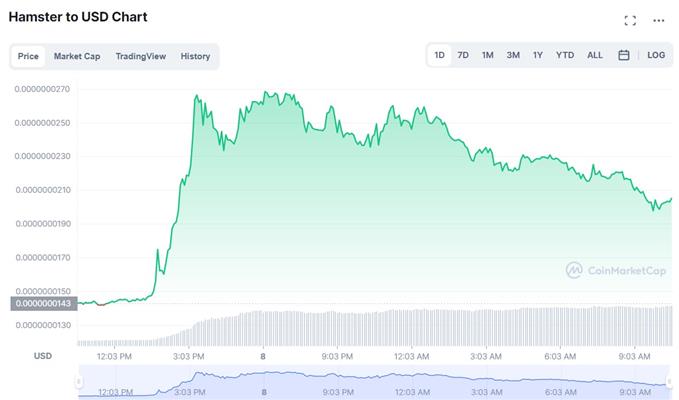 Within a few hours, someone created a Mongoose coin, and the value of the coin shot up 80,000% within its first day. Traders should know that quickly-made alt coins have a high likelihood of being rug pulls, aka, scams.

While Sherman’s frustrations with crypto manifested in backlash in the crypto-community, the web 3 Twitter community fell in love with Brian Brooks yesterday.

Former Binance executive, head of the OCC and now the CEO of Bitfury, a blockchain and AI lab, Brooks was a bastion of clarity. 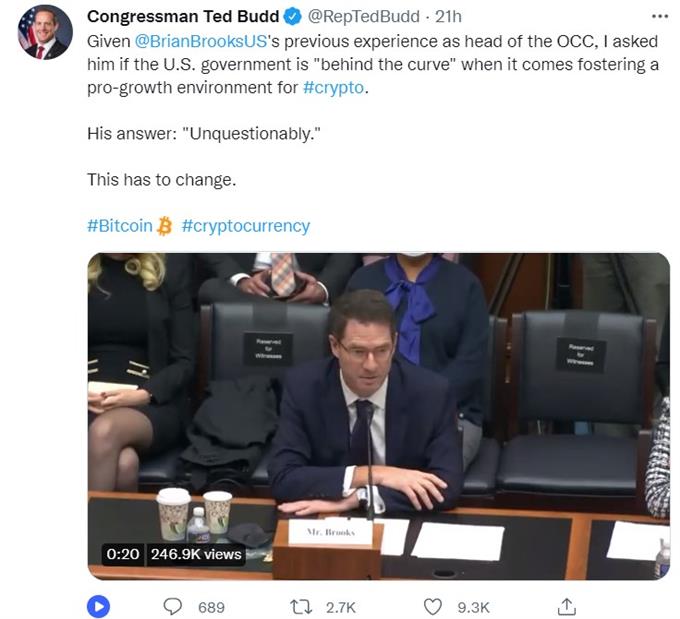 Brooks placed considerable focus on gaining unique regulatory framework from the SEC. “The Securities and Exchange Commission has consistently refused to approve products that other G20 nations have approved”. When Congressman Ted Budd asked if the U.S. was behind in terms of crypto-regulation and infrastructure, Brooks said “unquestionably”.

Throughout the afternoon, Brooks provided clear explanations of how financial transactions on a blockchain work, the need for unique regulation, and the potential future of a U.S. government innovating in lockstep with the crypto-space.