Mexico’s gross domestic product (GDP) contracted in the fourth quarter by 0.1% from the previous three-month period in seasonally adjusted terms, according to preliminary data published on Monday by the national statistics agency.

It marks a second straight quarter of negative growth, after a third quarter contraction of 0.4%, which has put Latin America’s second-largest economy in a technical recession.

Soon after the release, USD/MXN continued higher, up around 0.2% but then recovered to around 0.1% higher than when the data was released. 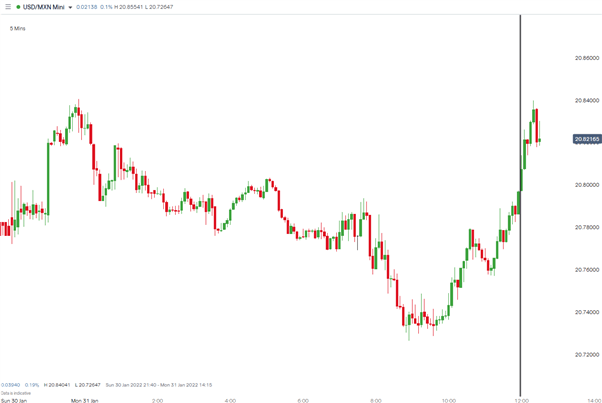