Both the UK and the Eurozone have witnessed a slower recovery than they had hoped for especially in the current accommodative environment. Both regions have experienced lackluster GDP figures but have seen un uptick in inflation figures and forecasts.

Find out how inflation and interest rates have an effect on the forex market by reading our article on CPI and the Forex Markets.

The weekly chart presents us with the key levels and major inflection points of the EUR/GBP pair (0.8729, 0.8470 and 0.8275). Since the start of the year we have witnessed Euro weakness against the Pound which now looks to trade and close below the 0.8470 level -which was identified as a previous inflection point.

A weekly close and hold below this level would result in the lowest level witnessed this year, surpassing the April low and could signal further selling – fueling the bearish bias of the pair.

The daily chart helps to highlight the more recent descending channel which witnessed a failed breakout towards the end of July this year. The MACD indicator confirms the bearish technical landscape with the MACD line above the MACD line while both lines carry readings below zero.

The average true range (ATR) reveals a trend of steadily declining volatility which tends to favor trend continuation. Should the bearish momentum continue, the initial stumbling block will be the 0.8470 level followed by yesterday’s low around 0.8450, thereafter, leaving the door open to a move towards 0.8390

As mentioned earlier, the 0.8470 level has witnessed multiple reversals in the past and yesterday’s extended lower wick on the daily chart may signal a rejection of lower prices at this level. Should EUR/GBP bounce off this zone, the nearest levels of resistance become the 0.8540 which coincides with the upper bound of the descending channel, followed by 0.8645 some way above. 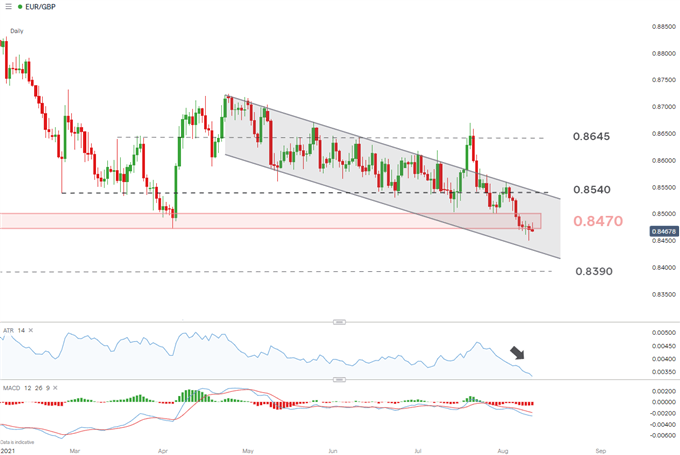 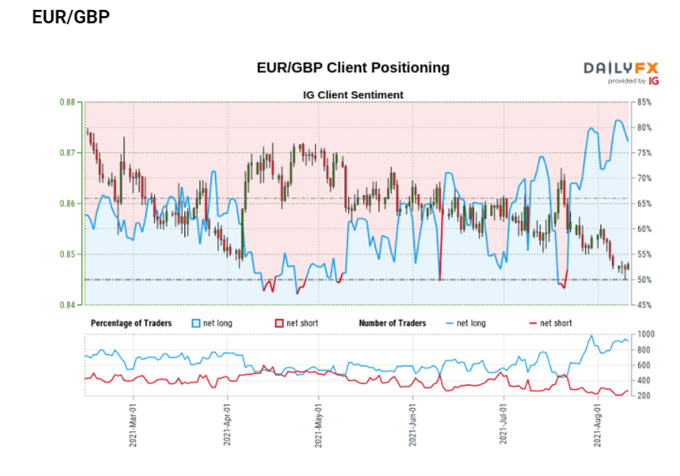 What You Should Know About Glucosamine