A return to all-time highs for the S&P 500 and the Dow Jones and thus sticking with the seasonal trend that we highlighted in our Q4 fundamental equity forecast. However, the backdrop of elevated inflation persisting longer than previously expected, does still remain a concern and it is how global central banks react to that, which will give us an idea as to whether there is some jitters from current levels. A reminder that the next two weeks will see major central bank rate decisions. As we look ahead to the upcoming week, big tech will be the focal point as earnings from Amazon, Apple, Facebook, Google and Microsoft will be announced. 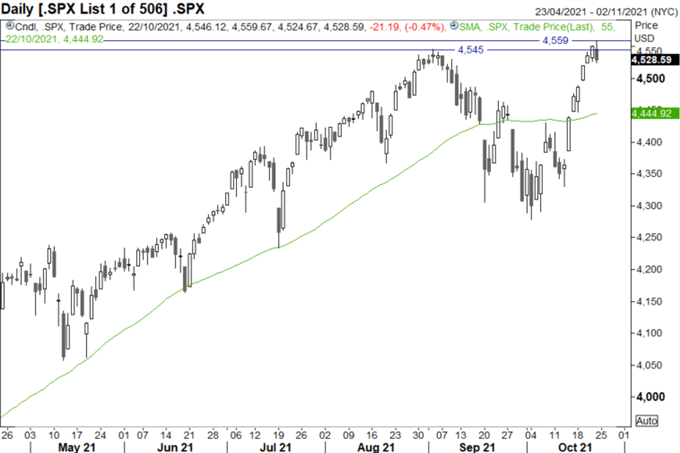 Despite the FTSE 100 making a topside break of its 4-month range, the index looks to be struggling to maintain a foothold above the 7200 handle. A rapid repricing of BoE rate hike expectations thanks to recent hawkish commentary. However, with markets looking for the most aggressive tightening cycle in the post-GFC era, the risk geared towards disappointing those expectations, which in turn places UK banks at risk of underperforming in the months ahead. At the same time, political uncertainty is picking up once again as the EU and UK lock horns over post-Brexit rules governing trade with Northern Ireland. The EU is reportedly weighing a decision to terminate the post-Brexit trade deal if a the UK pulls out of commitments over Northern Ireland, a decision I see as unlikely, but nonetheless, this will not help risk sentiment. 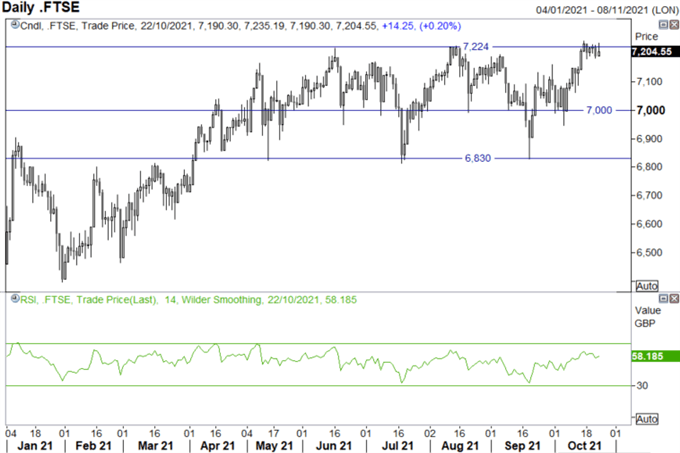