The S&P 500 index hit an all-time high on Friday as President Joe Biden’s infrastructure stimulus plan boosted reflation optimism. The core PCE inflation rate came in at 3.4% YoY in May, largely in line with expectations. The technology sector pulled back slightly however after Tesla announced a plan to recall 285k vehicles in China due to safety issues associated with its driving software.

The US Treasury yield curve steepened, hinting at a renewed wave of reflation bets as traders attempt to price in higher longer-term inflation rates. The 10-year rate surged 2.38% to 1.53%, whereas the 2-year yield only climbed modestly. The Nasdaq 100/Dow Jones ratio shows a negative correlation with the US 10-2 year spread over the past few months (chart below). This is because a steepening Treasury yield curve makes the tech-heavy index less appealing when longer-end borrowing costs rise faster than the front-end rates.

APAC markets look set to kick off the week on the front foot. Futures in mainland China, Hong Kong, Australia, South Korea, Taiwan, Singapore, Malaysia and India are in the green, while those in Japan and Thailand are slightly lower.The return of a two-week lockdown in Sydney due to viral resurgence may weigh on Australia’s ASX 200 index, offsetting positive influence from Wall Street.

Hong Kong’s Hang Seng Index arrived at a key resistance level at 29,300. Market sentiment was revitalized by the PBoC’s liquidity injection via reverse repo operation last week. Traders may take note that this Thursday is the 100th year anniversary of the founding of the Communist Party of China (PCP). Therefore, maintaining financial market stability may be the central bank’s top priority. Tencent and Alibaba ADRs rallied 3.02% and 4.63% respectively during US session on Friday, trading at 0.89% and 2.79% premium respectively compared to their HK listings.

For the week ahead, NBS manufacturing PMI and Euro area core inflation data dominate the economic docket alongside US ISM manufacturing PMI and nonfarm payrolls releases. The July OPEC+ meeting will also be under the spotlight for clues about the oil cartel’s production hike plan. Find out more from theDailyFX calendar. 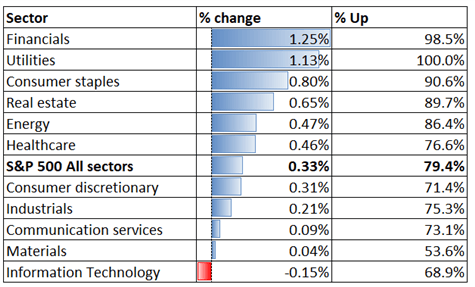 The S&P 500 index is extending higher to challenge a key resistance level at 4,290 – the 127.2% Fibonacci extension. A successful breakout would likely intensify near-term buying power and carve a path for prices to attempt higher highs. The overall bullish trend remains intact as suggested by the “Ascending Channel”. Bearish MACD divergence hints that upward momentum may be faltering. A pullback may lead to a test of the 20- and 50-day SMA lines for immediate supports. 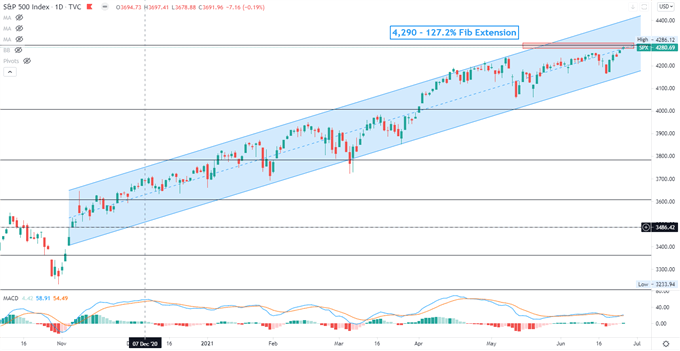 The Hang Seng Index is attempting to breach the neckline (29,300) of the “Double Bottom” pattern for a second try. A successful attempt may open the door for further upside potential with an eye on 31,180 – the previous high. The MACD indicator is trending higher, suggesting that momentum may be tilted to the upside. 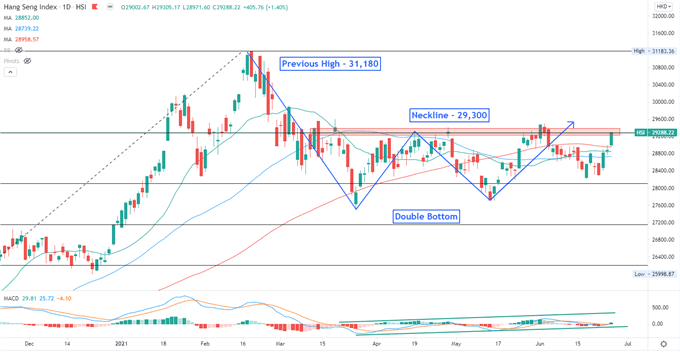 The ASX 200 index has likely formed a “Bull Flag” chart pattern, which serves as a continuation pattern after a period of strong upward movement. Prices are consolidating at around the 161.8% Fibonacci extension level waiting for fresh catalysts. The overall trend remains bullish-biased, as suggested by the consecutive higher highs and higher lows. The MACD indicator formed a bearish crossover and trended lower, suggesting that further consolidation may be underway 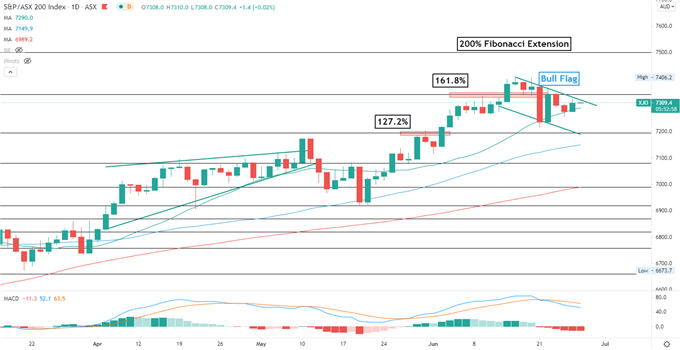 Types of Municipal Bonds and Their Risks