The British economy grew by 0.9% in November propelling the overall size of the economy to 0.7% above the pre-pandemic level. In fact, the UK economy was 8% larger than November 2020.

The positive data further supports market expectations of another Bank of England (BoE) rate hike in February. Currently rate markets have priced in a 75% chance of a hike from 0.25% to 0.5% when the group is due to meet on the 3rd of February. However, with the emergence of the Omicron variant and subsequent restrictions imposed via ‘Plan B’, lower levels of economic activity may surface for December and January which could result in a sudden repricing of the expected rate hike – similar to what we saw after the BoE’s decision not to hike rates in November last year.

The Pound Sterling continues its impressive bull run after breaking above the trendline support which stems from the 2021 high. Tuesday this week was when we saw the pair trade above the trendline but Wednesday provided the momentum needed to confirm the renewed bullish intent, as the post CPI dollar sell-off boosted GBP/USD.

The dollar decline, positive GDP figures and increasing talk of another rate hike next month has helped support Sterling at current levels. A bullish continuation highlights the 1.3780 and 1.3835 levels of resistance.

However, risks to the downside have emerged as the pair continues to trade in overbought territory (RSI) and the dollar – via proxy in the US dollar basket (DXY) – attempts to stop the recent spate of selling as it trades flat in the early hours of the London session. Nearest support remains the 1.3675 level with trendline support the next relevant level to watch before 1.3515 comes into focus. 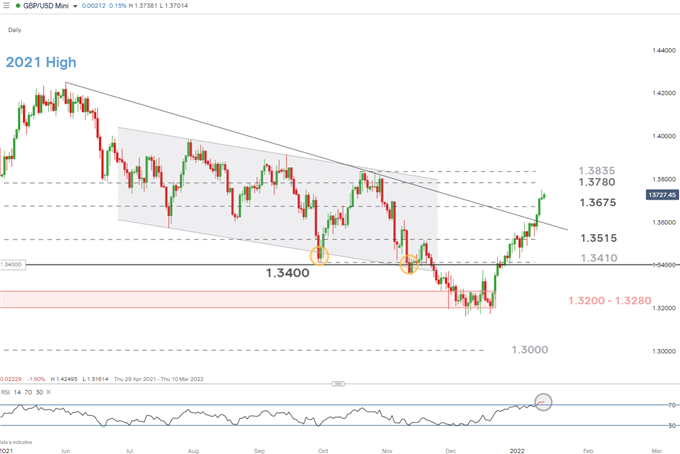 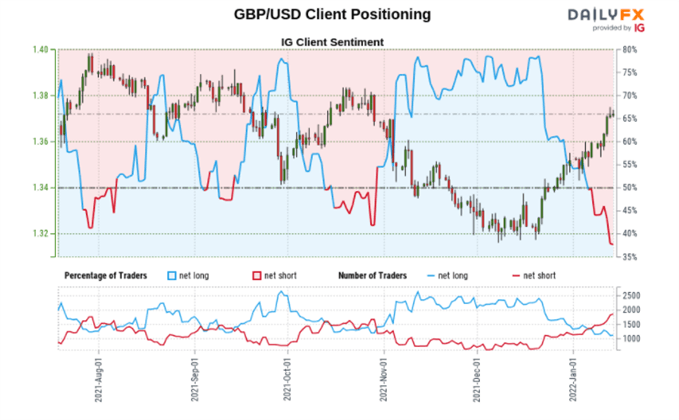