US and Canadian Balance of Trade Worsens, USD/CAD Unchanged

US and Canadian Balance of Trade Figures

The importance for both the US and Canadian balance of trade data is less about the actual value (apart from something wildly out of the ordinary) and more about how the data points are trending relative to each other. This is important because of the interconnectedness of the two nations and how they interact with one another from an economic stand point.

The US is of utmost importance to Canada as it represents roughly 74% of all cross-border sales, whereas Canada only comprises 12% of US exports.

Learn more about US-Canada Trade Dynamics via our dedicated article

Imports of electronic and electrical equipment and parts contributed to the largest increase in December 2021, with other sub-categories also posting growth as well.

The US on the other hand, looked to have posted less of a deficit when compard to the forecast figure (- $83 bln) but due to a revised figure for November of -$79.3 billion, still resulted in an actual increase in the deficit to -$80.8 billion 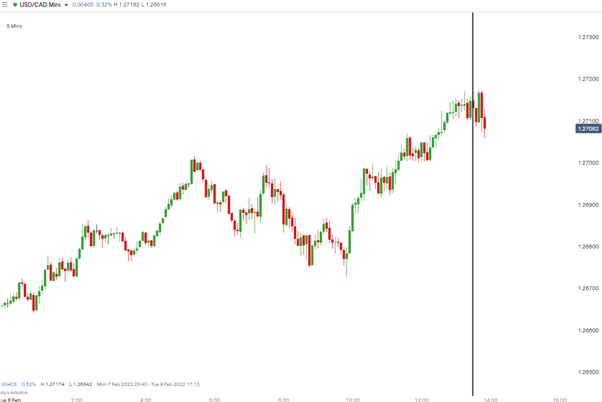